The CLIFFORD DANIELSON OUTSTANDING CITIZEN Award is given annually by the Sycamore Chamber of Commerce.  The Award was established in 1986 and was named after Clifford Danielson.  Danielson was a leader in the business community for over 60 years.  The CLIFFORD DANIELSON Award honors individuals who strive toward the highest levels of professional accomplishment, excel in their chosen field, and have devoted time and energy to their community in a meaningful way. 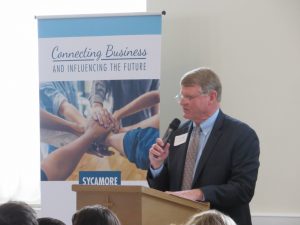 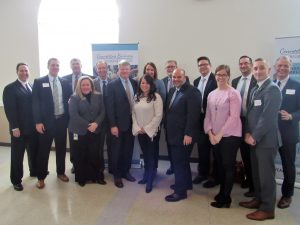 Clifford Danielson Outstanding Citizen recipients may be male or female and must meet each of the following criteria:

To the Sycamore Chamber of Commerce, 519 West State Street, Sycamore, IL   60178  or email to office@sycamorechamber.com